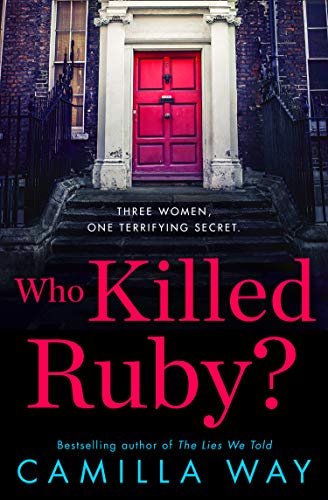 Who Killed Ruby? by Camilla Way


When you wake in the morning and you are still inhabiting the characters’ world you know you have read a remarkable psychological thriller. Who Killed Ruby is just such a book. Well researched and cleverly written, the intricately woven plot is so suspenseful, it leaves you screaming to know who Jack Delaney is – the man accused of the murder, the man who now, many years later, holds someone hostage. He will kill her if he doesn’t get what he wants. This we know. I hate spoilers so I won’t say what he wants or how we know he will carry out his threat, but we are left in no doubt – Jack Delaney has nothing left to lose, and Ruby’s sister, Vivienne, is in danger of losing everything. There are an array of characters within the story and each one feeds off the other beautifully, painting a believable backdrop to Vivienne and Ruby’s formative years. The conclusion is highly satisfying, if perhaps leaving you a little wistful for what might have been for Vivienne. I was totally immersed in this book, right there in the pages, thanks to the author’s skilful writing. Extraordinary storytelling. Disturbing, taut and utterly compelling, Who Killed Ruby ticks all the psych thriller boxes. Definitely a book I would highly recommend.

View all my reviews