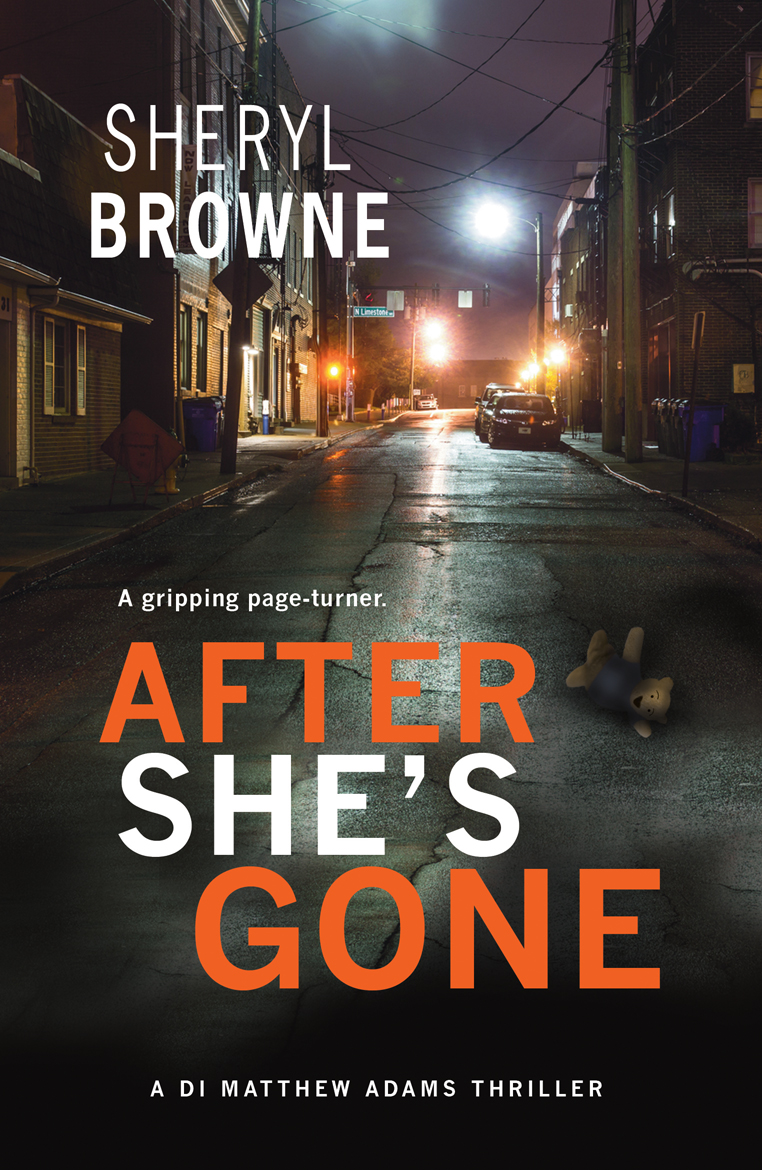 With kind permission, I’m quoting a snippet of a fab review from a top Amazon Reviewer here:

This was such an excellent read. I found myself having to force myself to breathe because I didn’t know where Sheryl Browne’s plot was going to lead me next. I find myself in awe of this writer, her story telling is so plausible, the people she’s writing about so real and the pressure on the reader to finally reach the end of the book, unyielding!
Treebeard, Breakaway Reviewers

A roller-coaster of a read which you won’t want to put down!
Former Police DCI Stuart Gibbon
GIB Consultancy

Special thanks to Shell Baker at Chelle’s Book Reviews who selected the first in the Detective Matthew Adams series, After She’s Gone, as a TOP 20 BEST READS.

And to Alison Daughtrey-Drew at Ali the Dragon Slayer who selected After She’s Gone as one of her FAVOURITE BOOKS.

He’s killed your child and kidnapped your wife. What would YOU do?

There’s evil and then there’s Patrick Sullivan. A drug dealer, pimp and murderer, there are no depths to which Patrick would not sink, and Detective Inspector Matthew Adams has found this out in the most devastating way imaginable.

When Patrick’s brother is shot dead in a drug bust gone wrong, the bitter battle between the two men intensifies, and Matthew finds it increasingly difficult to hold the moral high ground. All he wants is to make the pimping scum suffer the way he did … the way Lily did.

But being at war with such a depraved individual means that it’s not just Matthew who’s in danger. Patrick has taken a lot from Matthew, but he hasn’t taken everything – and now he wants everything.

Get After She’s Gone